Skip to content
After the adventurous night ride on the train, I was feeling exhausted but happy to finally get out of that horrible, hot, train car.
We arrived at 6 am in Porto, Portugal.
Unfortunately for us, we couldn’t check into our Airbnbuntil about 3 pm. But, our host for our Airbnb was so accommodating, and would be allowing us to drop our things off with his neighbor Isabel, who was also his cleaning lady, until we could check in later.
So, we trekked off in the misting rain to find our place.
After a few wrong turns, probably due to our collective lack of sleep, we found the cute little street where our town home was. Isabel met us there, and she spoke maybe a hand full of English words. She was very sweet though, and showed us where we could store our back packs in a shed filled with cleaning supplies and other things.
While we were doing so, two other neighbors popped out to say hello to us, and they were some characters! They were both dressed in their pajamas still, and Angela (the only one who spoke English) had slippers on and a robe and all! She helped us speak to Isabel, and then the two of them showed us on a map the things we needed to go see in Porto.

We were lucky that our entire trip so far it had not really rained, so I was not too discouraged about the rain in Porto. But, it literally rained alllllll day.
We left the Airbnb and the cute ladies in pajamas, and found a small cafe that was open. We charged our phones, ate pastries and drank fresh juice, and made a plan for where to go explore.

Figuring the subway was our best bet to get around, we purchased some tickets and took two stops down to the historic city center of Porto, called Liberdad Square. 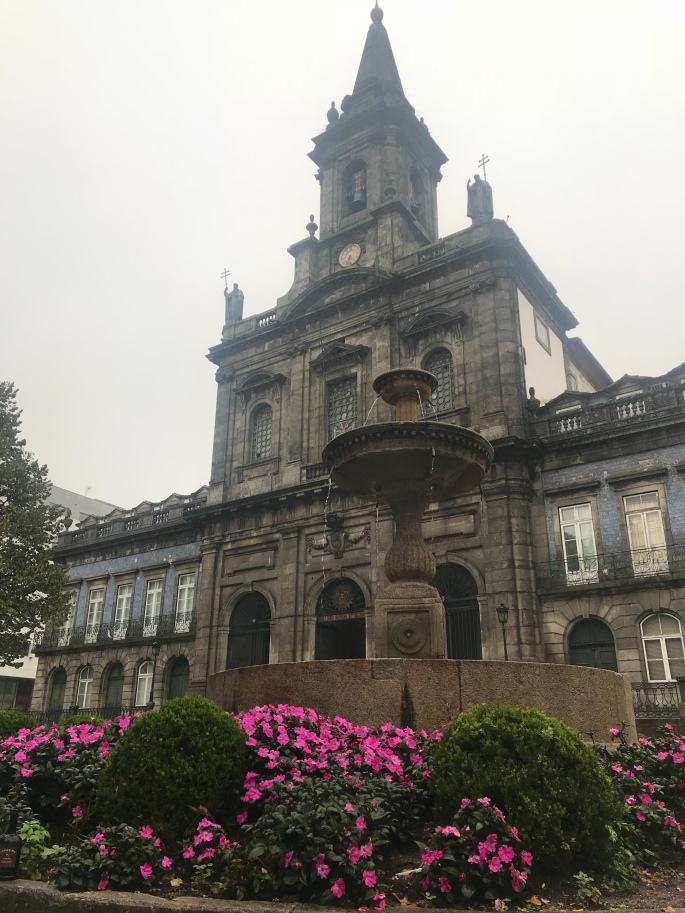 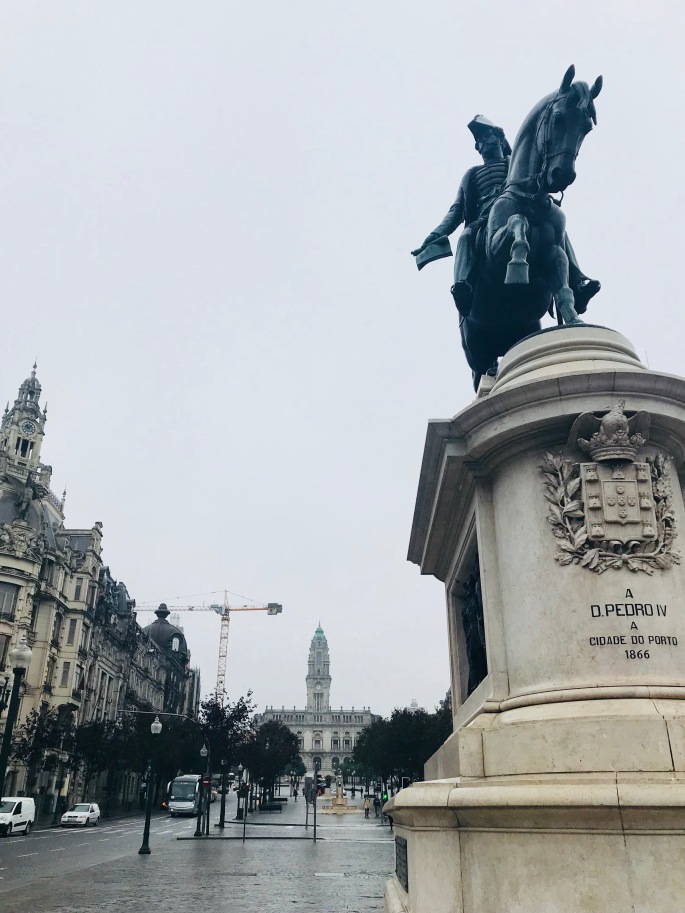 We explored lots of buildings, churches, and streets all over. Everything there was so incredible! The architecture influences in Porto seemed to be mostly from the Gothic and Romanesque periods.

Despite how many chapels we actually walked through (too many to even remember honestly) what I do remember is how each one was unique in its’ own way.

Even the sidewalks had beautiful tiled and mosaic designs within them! 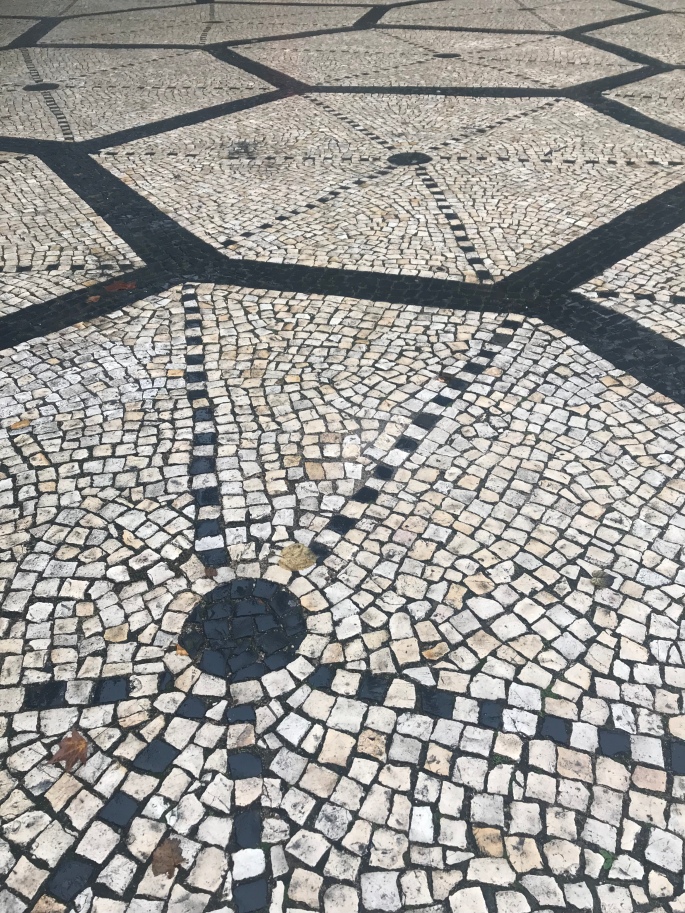 As the rain continued to fall harder, we continued to walk around town. We stopped into an amazing train station with incredibly intricate tiled mosaics all around the walls and the ceiling, admired so many darling streets and alley ways, and we even came across the famous bookstore Livraria Lello, used to film scenes in Harry Potter and The Chamber of Secrets. (Although, sadly, you had to wait in line for over and hour to go in and pay ten euros! Definitely not worth it…) The other sites were just as magical in Porto as the staircase inside that bookstore anyway.

The rain continued misting heavier as we made our way up to the top of the hillside that overlooked the Duoro river. We went that way because we wanted to check out the famous Porto Cathedral.
The cathedral is one of the oldest buildings in Porto, which was fully completed in 1737. The inside was gorgeous, filled with arching ceilings and beautiful columns. The giant wooden carved doors were something to behold as well… and even though the signs said not to touch them, we all definitely did. (#sorrynotsorry)
By this time my left foot was throbbing (the one I injured the first day in Barcelona.) I also was beginning to get a migraine from the lack of sleep, and had some lady cramps coming on; quite the trifecta of pain guys!
Heather finally received a message from Isabel that the Airbnb was cleaned and ready for us! So we happily headed there, glad to get out of the rain and rest for a bit.
We were greeted once again by Isabel and Angelina and the this lady whose name I don’t think we ever learned. But they were all so welcoming and sweet! they hugged us and welcomed us, and it was so genuine and comforting that I honestly would probably go back and stay with them and I feel as if they would remember me! That’s how friendly and welcoming they were.
The town home was the nicest place we stayed our entire trip! A 2 story town home, the bottom floor included a full sitting room with a giant flat screen tv and just about any blu-ray or dvd you could think of, flanked by 2 large and comfortable couches. Connecting next was the kitchen, which they had graciously stocked with bread, fruit, and some meat in the fridge. There were also several types of teas and coffees on the counter, and some fresh juice in the fridge. The full bathroom was right next to the kitchen, and was also stocked with shampoo, conditioner, lotion, hair spray, and just about anything else you could think of!
Once the ladies left us we headed upstairs, and I took the bedroom with two twin beds (that was clearly meant for children since it was filled with toys and children’s books) and Heather and Jess took the other room with the queen size bed. We passed out and took a much needed nap.
I was hoping after we woke up I would be feeling better, but unfortunately I was feeling much worse. So, much to my disappointment, I chose to stay in for the night so I could have the energy I wanted for our next day in Sintra. Heather and Jess ventured out, and I’m sure they were happy to have some alone/romantic time without their little #sisterwife shadow following them around!
I took a shower, iced my foot, and found some ibuprofen for my other ailments. Warming up some tea from the selection in the kitchen, I settled onto the couch and watched a blu-ray. As much as I wanted to go explore the city more, I knew I needed to listen to my body and take the night off, especially if I wanted my migraine to go away.
Once Heather and Jess returned we all headed upstairs for bed. The next day we were heading to Sintra, one of the places I had been looking to the most! I couldn’t wait! 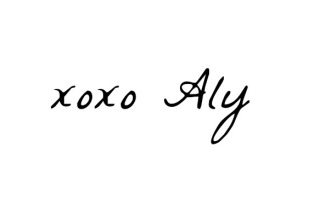 One thought on “Porto, Portugal”